Catharine W. Menninger was an active member of PTPI in our early years. She wrote various reports about the organization. https://www.kansasmemory.org/item/223403

Here is another one of her commentaries:

The second conference was the People to People 10th Anniversary Conference held in Kansas City October 6-8, 1966, attended by some 600 members and observers from more than half the states, Korea, Denmark, India, and England. 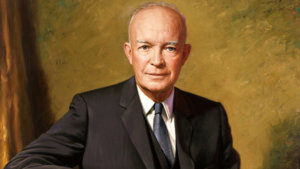