The words/notes of Catharine W. Menninger. She was an active member of PTPI in the early years.

From its inception, People to People was thought of as having an international character. The various aspects of the program were directed towards helping Americans understand people from other countries, their customs and culture, and vice versa.

On various occasions, as noted often in executive committee minutes, there was concern expressed about how to relate to and whether or not to encourage activities in other countries similar to those of People to People in the United States. However, not far under the surface, when relationships with non-USA chapters were discussed, lay a difference in philosophies. On the one hand, the position was that People to People should remain, as Dwight Eisenhower conceived it, as a way for Americans to know about people of other countries and those people to learn about Americans, with organization control remaining in the United States, as is true of the Sister City program. The other concept was to make People to People a worldwide organization with PTP-USA on a par with PTP-Asia and PTP-Europe etc.

In the 60s the Danish PTP organized community chapters, delegating to them the Letter Exchange and School and Classroom activities; homestays were financed solely by the chapters. The brochure “Toward World Understanding” in the Danish translation, was circulated widely in Denmark and usually returned with a membership.

At the same time, committees were in the process of being formed in Sweden, Germany, Belgium, France and Holland. Unfortunately, not all of these lived. It was becoming increasingly necessary to develop clear guidelines for future relationships between national committees and People to People on a mutually agreeable basis.

In 1973, General Pak of Korea attended a meeting of the executive committee to offer Seoul for what became the first worldwide Conference in October 1974. The invitation was accepted. Upon his return, he set about organizing chapters in schools, colleges and communities.

A problem that developed by 1968, was how to be sure of collecting fees due for service rendered by the headquarters in Kansas City, particularly in regard to homestay hosting expense. The logo (trademark) was registered in Denmark, Germany, United Kingdom, India and Belgium in 1967. 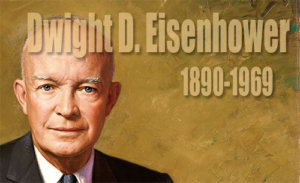